Janet Purcell van Graan,  daughter of Oliver Lindsay Deneys Purcell (1952O), popped into the Mitre today and shared the circumstances of the passing of her father .  He died peacefullly in his sleep at Silvermine village in Cape Town on 4 August 2022.  He had suffered from heart failure and declining health over the past six months in particular, but had been struggling with the condition since his retirement twenty years ago.

Oliver was married for 62 years to Jean (née Simpson) who he met when they both were at UCT.  They had four children.  Chris (1977F) and Patrick (1986O) both attended Bishops and their two daughters, Janet and Ammie went to Rustenburg.  Sadly Ammie passed away when she was only forty while on a hike.

Oliver worked for the greatest part of his life for Caltex and was one of their Directors. He enjoyed the rugged outdoors and hiking. People described him as a consummate gentleman with beautiful manners even in the most trying of circumstances.  Janet had the following to say about her dad:

"Dad was a person with enormous integrity, with a wicked sense of humour, who loved people and a was also a terrific family man. Looking back, he had a good, long and interesting life."

He will be sadly missed.

We were very sad to hear of his passing but were glad that he and Jean had recently been to the Mitre when the Class of 1952 celebrated their 70th reunion. 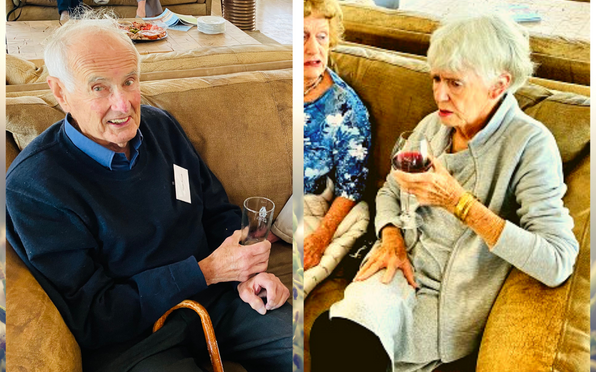 To see the photos of the 70TH REUNION CLICK HERE.