The ODU congratulates the recipients of the 2022 Robert Gray Award.  Read more about each recipient's varied and interesting journeys in the citations for the award (below). 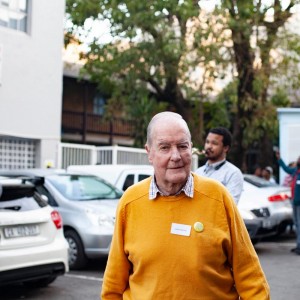 Mr Geoffrey Burton was at Bishops, matriculating in 1953, and doing post matric in 1954.  He then studied at UCT, at the London School of Economics, London University, followed by a business career.

Mr Burton has made a lifelong dedication to improving the lives of communities that are less resourced.  He was recently admitted to the Order of Simon of Cyrene (with the Southern African Anglican Church), and also received the Bishop Lavis Service to Humanity Award which was first given in 2018 by the Community Chest – the culmination of a lifetime of working to improve many of the lives of underprivileged South Africans.

In addition, he has been involved in the support, including the financing, of St Michael’s Primary School in Khayelitsha which managed to remain a private Anglican institution even during the Apartheid era, and continues to provide a higher-than-average level of education to the pupils who attend the school.  Warm meals are also provided free to learners each school day.

Mr Burton founded The Carpenter’s Shop, a NPO, (now renamed “The Hope Exchange”) in Roeland Street, Cape Town 40 years ago in 1981. This three-storey building was originally known as “The School of Industry" and was closed in 1975.  Mr Burton took it over soon after then.  Mr Burton stepped down from the Management Committee at the beginning of last year and is now the Patron of this second phase organization, providing training, and short-term accommodation of up to six months for homeless people.  About 100 casual “street people” wash, shower and perform their ablutions there, and can wash clothing each weekday up to 10am.

Mr Burton is married to Mary Burton, who was national president of The Black Sash, and a member of the Truth and Reconciliation Commission. She served for ten years on the Bishops Council, the first woman to do so.

They have four sons, David, Richard, Paul and Keith, all of whom have been educated at Bishops, and some of whom are active currently with the school and/or OD Union, with grand children also having attended. 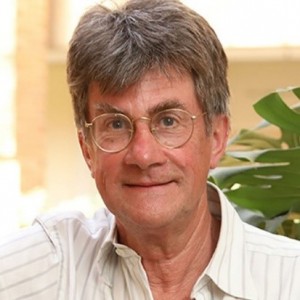 Professor Hugh Corder matriculated from Bishops in 1971, winning the first-ever Lidderdale Prize for considerateness and care for his fellow person.

He was Head of School House and the Second Prefect in that year.  He was the elected Rhodes Scholar for 1979 having graduated from UCT with B Com and LLB degrees.  His D Phil thesis at Oxford focused on the role and attitudes of South Africa’s appellate judiciary, 1910 to 1950; he was supervised by a distinguished OD, the late Tony Honoré (F, 1939).

He returned to South Africa to teach constitutional law at the University of Stellenbosch, after which he was appointed as Professor of Public Law at UCT from mid-1987. He retired at the end of 2019 during which time he was the Dean of the Faculty from 1999 – 2008.  He acted as a Deputy Vice-Chancellor for about eighteen months, during turbulent times.  He was elected as a Fellow of the University in 2004. He is now a Senior Research Scholar in Law.

Professor Corder has followed the path of an activist in civil society.  He participated widely in extramural activities while a student, in particular through the National Union of South African Students (NUSAS). He volunteered for the Border Council of Churches (BCC) in mid-1974; its purpose was to support black communities forcibly removed to Dimbaza because of apartheid.   It was during his work here that he met the black consciousness pioneer and leader, Steve Biko, that was a life-changing experience.  The highlight of his career in the wider community of law and human rights was his service as an adviser on drafting South Africa’s first-ever Bill of Rights during the multi-party negotiations of 1993.

Clearly these men have led incredible lives of service.  To be nominated and chosen shows the kind of character that we would like to instill in all students who come through Bishops Diocesan College and become ODs.

Nominations for 2023 are currently still open.  These close on 30 September.  Should you like to find out more about the nomination process CLICK HERE. 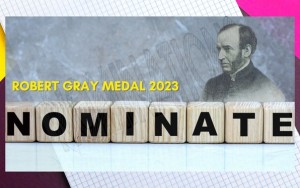 There are several strong links between the two schools and this visit strengthened the bond. More... Getting into Oxford is an achievement. Receiving a doctorate from them is off the scale More... Dr Murray on the move VUSA wishes to thank the Bishops Community for their incredible support this term. Please see their third quarter updat… More...