For the first time ever, an ODU Carol Service has been held - in the UK ODs and friends sing out at the UK Branch Carol Service

In 1935, in the Memorial Chapel under the direction of the Head of Music, Dr Claude Brown, Bishops, following the King's College Cambridge format, held its first Ceremony of Nine Lessons and Carols. It has been sung at Bishops every year since then.

87 years later, on Wednesday 7th December 2022, the UK Branch of the ODU held the first ever ODU Carol Service (and the first Bishops one outside the School campus). All Saints Margaret Street was the venue, a beautiful church in Fitzrovia designed by William Butterfield who also designed the school chapel at Rugby (arguably the most magnificent school chapel in the UK). Led by the choir of All Saints, the service was attended by ODs, family and friends, some Old Hiltonians and a former head of Paarl Boys High School (!). It included four carols composed by ODs: John Joubert's (1944O) There is no Rose and Torches, Grant McLachlan's (1973F) Come, Colours Rise (words by Frank Barry (1973G) and Dormi Jesu composed by Stephen Carletti (1983G). And all the old favourites (see Order of Service at the bottom of this post).

Eight of lessons were read by ODs (as is tradition, the Vicar reads the ninth) and those readers were:

In this glorious church where we sang from candle-lit service sheets, from the beautiful soprano solo of the first verse of Once in Royal David's City, through the soaring descants of the much-loved carols we sang at School, to the (by popular demand) thundering recessional, the Widor Toccata, it was a truly beautiful and uplifting occasion.

Mulled wine and mince pies were served afterwards and, if that were even necessary after the magnificent singing - congregation included! - that fortified us for our homeward journey. London is very cold at this time of the year and for once, singing In the Bleak Midwinter we, as UK ODs, don't anymore have to rely on our imagination as to what that really means. 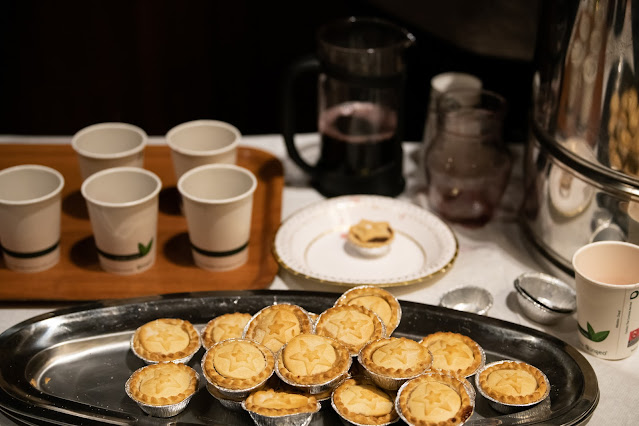 This was the inaugural out-of-Cape Town Bishops/ODU Carol Service; it was a resounding success and will most certainly be on our calendar next year. Wednesday 6th December, back at All Saints. Make a note.

To watch and listen to the carols composed by our ODs, and see the photos from the Service, click on the links below:

THERE IS NO ROSE by John Joubert

HARK! THE HERALD ANGELS SING followed by the Widor Toccata The lighting of the candles before the start of the service The choir singing the opening carol 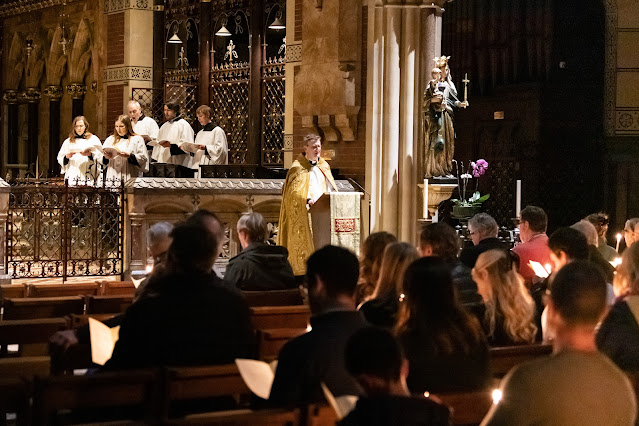