Former staff member, Melvyn Wallis-Brown, passed away on Tuesday 27 October in Cape Town. Our thoughts are with his wife, Ann, daughter, Bridget Rippon and sons Michael and Stuart.

Former staff member and Bishops stalwart, Melvyn Wallis-Brown, passed away on Tuesday 27 October in Cape Town after a long fight against cancer. Below are a few words which were written for Melvyn’s retirement, found in the December 2000 Old Blue magazine (The Diocesan College Magazine).

A graduate of Stellenbosch and WPCC 1st XI and WP B cricketer, he was appointed to Bishops Prep as history, geography and maths teacher, starting in 1964 under the senior mentorship of Pieter van der Bijl. After six months Lobbie Loubser fell ill and, persuaded by Mr Van der Bijl that Mel was the only member of staff “who could speak the taal” - Mel started teaching Afrikaans. Except for a gap of two years (1972/3) when he took leave to teach at Westhill Park in the UK, he taught at the Prep until 1986, when he moved to the College.

At Prep he was master-in-charge of cricket, 1st XI coach and the u12A rugby coach. He started golf at the Prep and, along with Rex Pennington, the now-famous Field-and-Stream society. He became housemaster of Bramley at 26 and after a full term in the boarding house, was later housemaster of Brooke. He and John Charlton started the Stags Cricket team in 1964. He ran the Photographic society and Agricultural Society, coached golf and athletics, and took Prep boys on a host of tours and camps. He holds the rare, perhaps unique distinction of having coached sport to Bishops boys ranging from standard one to post-matric!

Mel was at the college from 1987, where he taught Afrikaans with acclaimed thoroughness and efficacy and coached 1st XI cricket for many years. His rugby teams always played exciting rugby and boys very much enjoyed being in his teams (see tributes below). His field and stream tours were always the highlights of the boys’ years at Bishops. He started the popular annual six-a-side cricket tournament in 1993, 1996 and again in 2000.

Please click here to view an article written by Peter Bills on Melvyn in 2009, found on Independent. 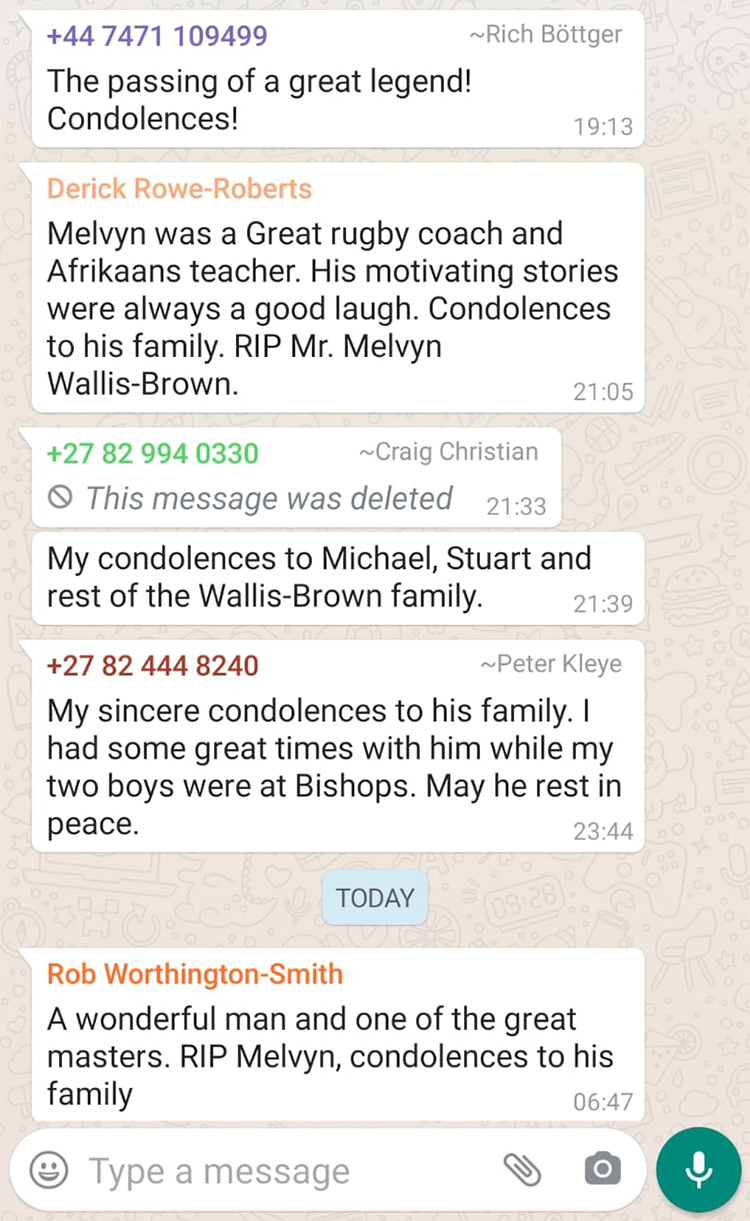 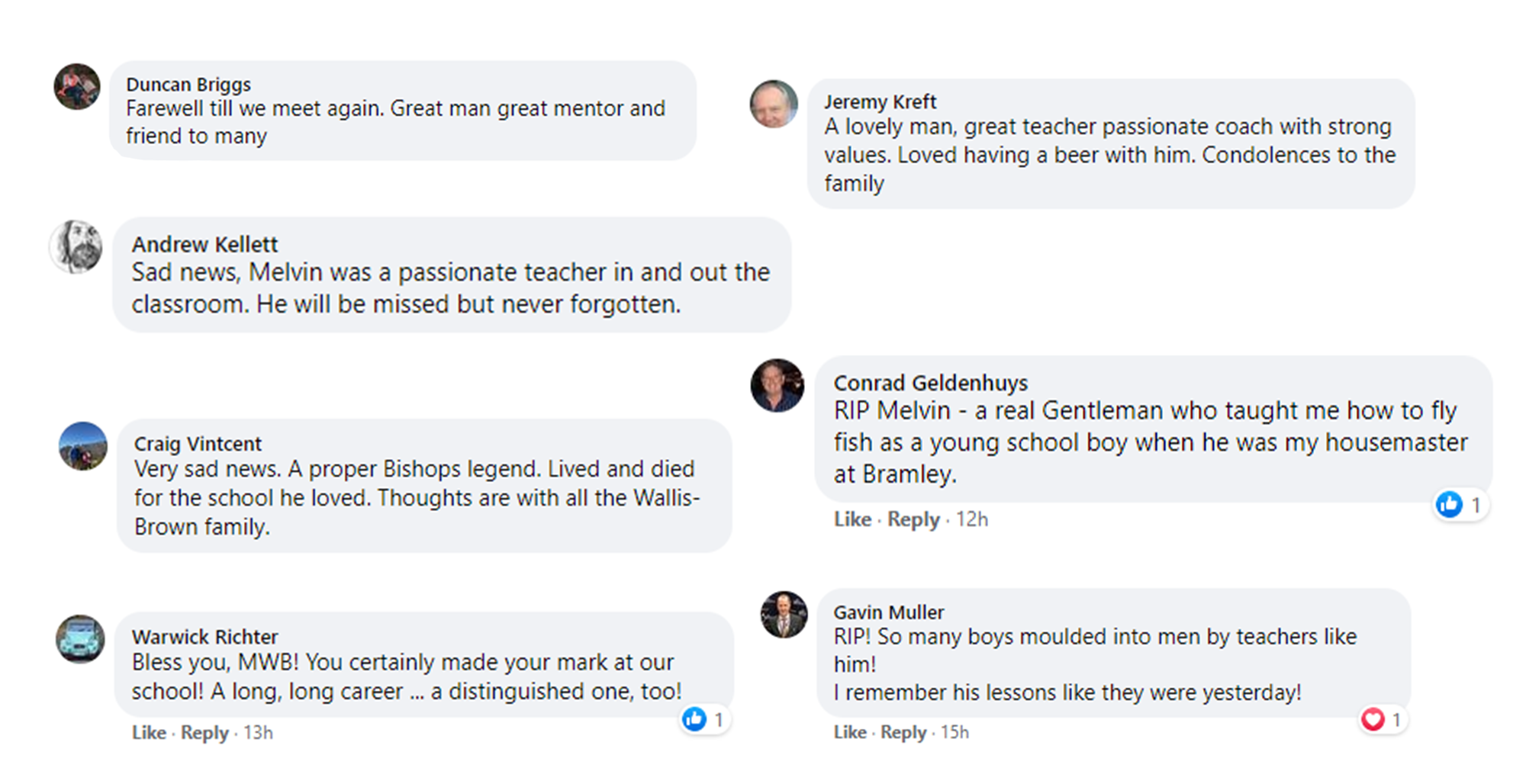 Melvyn’s ties to the College did not end there, as he was hired by Grant Nupen as the head of marketing in 2001 and conducted parent tours around the campuses, often having lunch in Founders House. In the end, his association with Bishops lasted just over fifty years.

The real tribute to Mel’s decades at Bishops is in the lives he has touched. There are so many ODs who would testify to the value, he added to their lives at Bishops, as a teacher, coach, housemaster and friend.

We would like to send our thoughts and prayers to Melvyn’s wife, Ann, daughter, Bridget Rippon and sons, Michael (1987F) and Stuart Wallis-Brown (1993F).

A full obituary will follow in due course. Please see the photo gallery below and feel free to share your memories of Melvyn in the comments section of this article.