Paul passed away on Monday 20 July, from complications following the contracting of Covid-19. Dr Paul Murray, school archivist and close friend of the Dobson family, has written an article on Paul.

Paul Dobson, “Dobbo” as he was known to Staff and Boys/ODs, was born in Cape Town in 1935. He was educated at St Joseph’s College in Rondebosch where he was the Head Prefect in 1952. Before coming to Bishops in 1966 to teach, he had been a Brother in the Marist Order in New South Wales, Australia and Natal respectively, as well as Johannesburg. He graduated from Unisa with a BA in 1958. His last teaching post before coming to Bishops was in fact as the Headmaster of Marist Brothers College in Observatory, Johannesburg. He could easily have continued as the Head of a school if he wanted; instead, he chose to be what he loved best, a teacher! He was a born teacher! 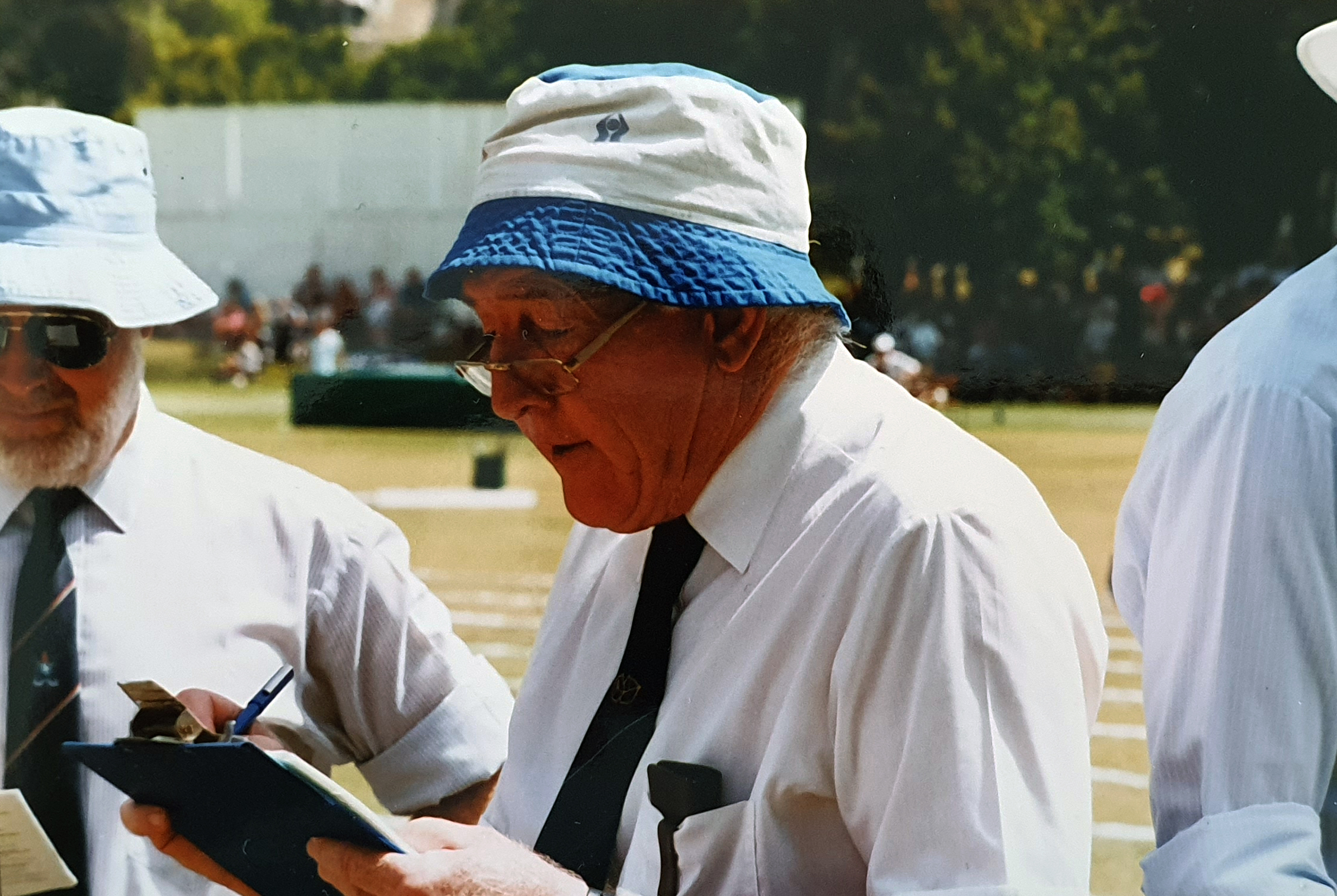 Paul’s career at Bishops encompassed every possible facet of school life, making him the complete educator. In teaching, his first love was Classics, as a Latin teacher, serving some years as the Head of the Latin Department. At Bishops, he also taught English, Afrikaans and Mathematics. Paul with Margaret by his side, for twelve years, was the Housemaster to hundreds of boys in School (‘Top’) House (1971 – 1982); Margaret for many years was the relief sister at the school Sanatorium. Paul also served as the Tutor/Director to the Sixth Form. He was the coach of the U15A Rugby XV side, always kitted out in his rugby togs for rugby practice on the Cemetery (field). He would explain his philosophy as a coach; never to interfere with the run of play during the match … it was now up to the Captain and his side to work it out for themselves! In summer, he coached cricket, impressing on the younger staff, that coaching cricket and umpiring on Saturdays, was true devotion! He was the teacher in charge of the Classical Society which he established in 1968. He prepared boys in the school for confirmation, who were of Catholic denomination. 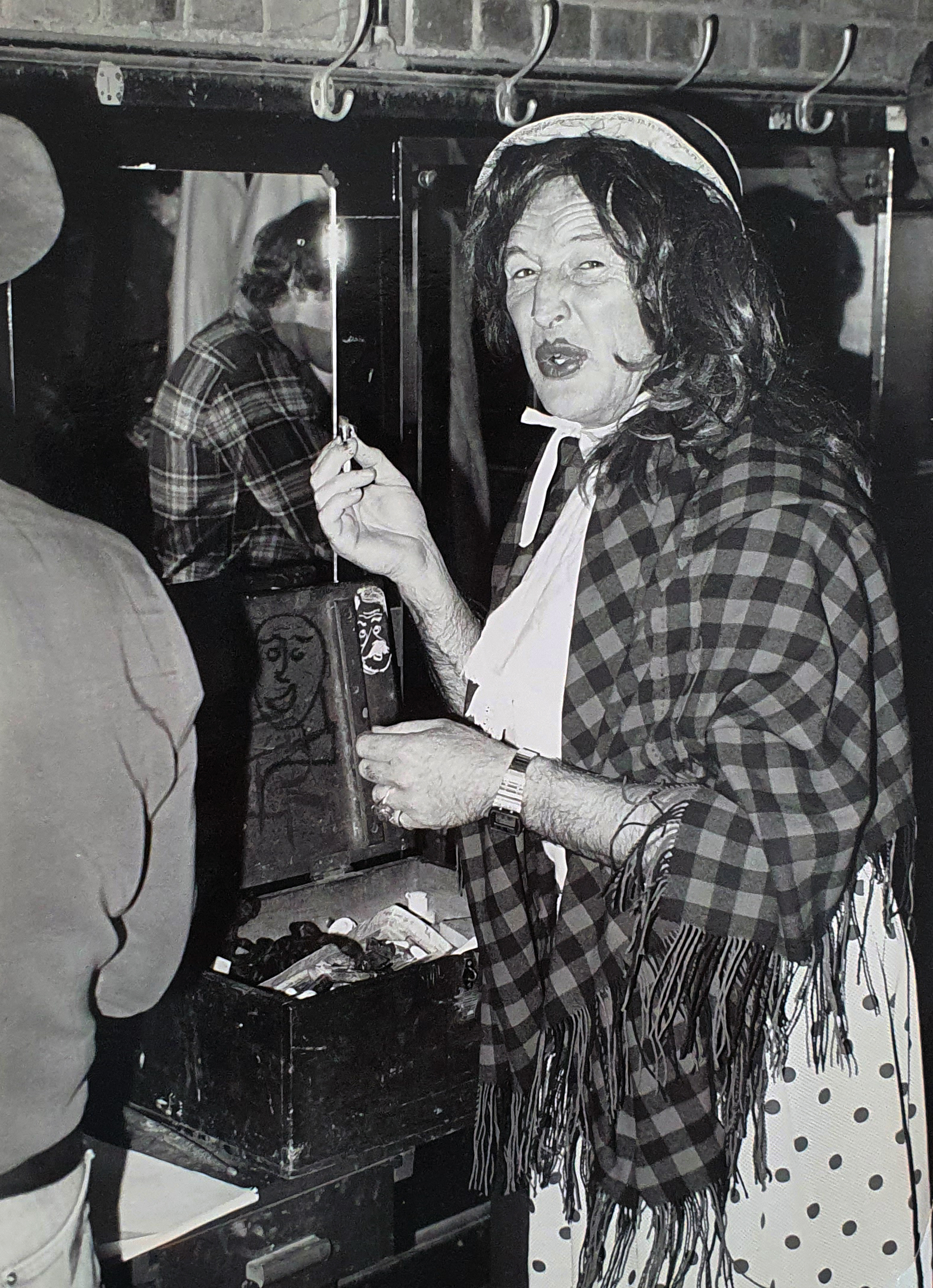 Paul gears up for one of his comic  roles. Credit: Bishops Archives. 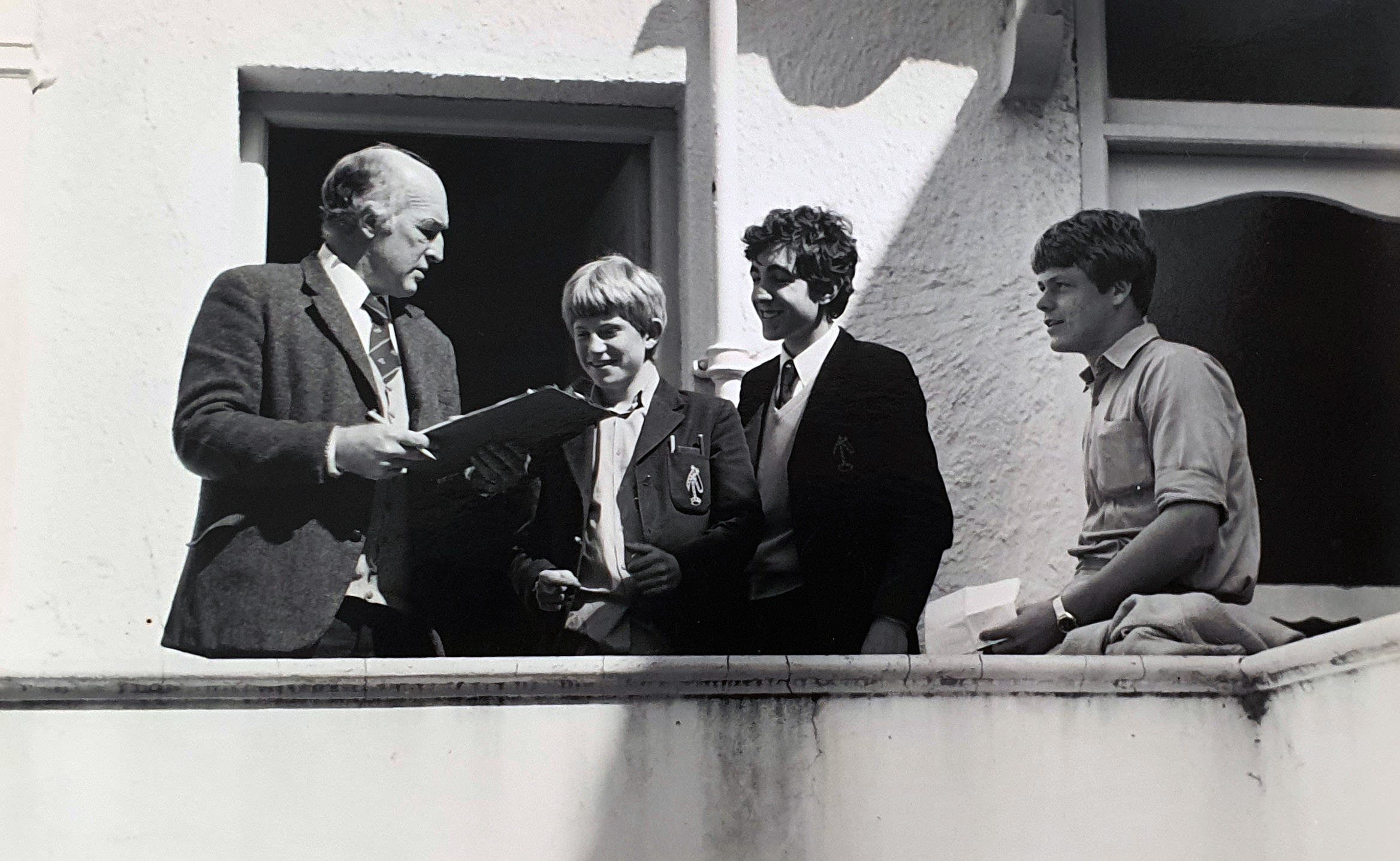 He was the teacher who inaugurated the Hamilton Mvelase Scholarships, soon after Hamilton’s tragic passing in 1991. He accompanied the rugby tours abroad, not just as a co-coach and part of the management team, but as a lover of history, providing the players with this extra dimension to their education – taking them through Cathedrals, the Colosseum and other such important heritage sites of the places they were visiting. He acted in staff plays, both in the ‘One Act’ plays as well as the full productions, in which he normally took one of the principal roles. His comic acting remains indelible on the minds of those fortunate to have been part of the audience. Among his later performances was the 1991 production of ‘My Fair Lady’; where he took the part of the Cockney Alfred P Doolittle, complete with a singing voice and a magnificent rendition of ‘Get Me to the Church on Time’. As far as it can be established, Paul took part in no less than twelve plays at the time he was at Bishops.

Paul Dobson’s book ‘Bishops Rugby: A History’ (Don Nelson, 1990), covers the full history of the game at Bishops. It, in fact, covers much more besides just the history of rugby, but is also Paul’s characteristic painstaking research … into Bishops’ earliest years and its growth from there. It will forever remain the definitive publication of Bishops’ long history of football/ rugby football/rugby, up to 1990.

Outside of Bishops, Paul was known for his devotion to the game of rugby, and as one of the country’s leading rugby writers. He was writing rugby and other related articles, up to the time of his sad passing. One recalls him researching the material for a very recent article entitled ‘War Stories: Rugby Games Up North’, recounting the rugby matches of the South African Sixth Division in Egypt and Italy during the time of the WWII. Paul selflessly served the game of rugby union, with great distinction. He refereed matches from 1955 onwards, including first-class and international, altogether for a period lasting five decades; he was a world authority on the laws of the game (if you ever said ‘rules’ he would be quick to correct – rugby only has laws!); sitting for the referees’ exam each year for 50 years; a former Chair of the Western Province Referees’ Society (1985), which he joined in 1968; a member of the Western Province Rugby Council for fifteen years; a recipient of the IRB Referee Award for Distinguished Service at the IRB Junior World Championships in Cape Town 2012; and a major drive to unify the different referees’ societies in the country which was successfully achieved in 1991. Paul managed all aspects of refereeing in the region until retiring from the post in 1999. At the time of his passing, he was a Life Member and Honorary Life President of the Western Province Rugby Referees’ Society.

After his retirement from Bishops in 1994, he took up a position in the Administrative Division of Lenco Holdings in Cape Town, after which, from 1999 he has worked ever since at Rugby365.com as a prolific columnist and as a much-loved colleague there. He also managed content for the SA Rugby Referees’ website whilst working there.

Apart from the book of Bishops’ rugby history referred to above, he was an author of international stature, of many books and articles on the game of rugby, including The Official History of South African Rugby, and Doc: The Life of Danie Craven while he also penned biographies on former Springbok coach Nick Mallett and former referee Andre Watson. With Amanda Botha he wrote Larger than Life, a biography of Jan Bull Pickard.

Paul was an Honorary Life Member of the ODU; membership was bestowed on him on 23 November 1978.

Paul Dobson was a loving husband, father and grandfather; a Legend in the world of international rugby; a Mentor to generations of boys he taught; a deeply Religious and Spiritual person dedicated to the Catholic Faith; with a deep and philosophical mind and sharp sense of humour, and a very caring Friend and Confidante to very many persons. In this sense, he was also a Universal person.

If you would like to leave a message or a memory of Paul, please do so in the comments section below.
A message from Paul's son, John Dobson (Bishops, 1973 - 1986 - KH):
Due to current restrictions and Paul’s wishes, there will be a private requiem mass for him later this week, however, Margaret and the family are planning a celebration of his life with the OD Union (and his broader community of friends) to celebrate his life, which we would love you to attend if you liked him! Details will follow as soon as we can.
The OD Union, The College and the whole Bishops community would like to send their deepest condolences to Margaret, and their children John, Clare and Anne.